Comtec have consolidated their alliance with UK Ice Hockey this month by securing a deal with the BMI Baby Elite Ice Hockey League – in which the Comtec sponsored Manchester Phoenix play, to produce the inaugural Man of Ice Awards 2008.

The awards have been set up to acknowledge the best players and coaches in the top flight of UK Ice Hockey, and are due to be held on the weekend of the playoff finals in April.

The project will involve the building of a website, including an area in which Hockey fan’s can vote for their ‘Fan’s Favourite’ and decide which player they think

is ‘Hard as Ice’. Furthermore, Comtec have been trusted with designing all the artwork for the event including tickets, menus and email campaigns that will be distributed by all nine clubs in the Elite League 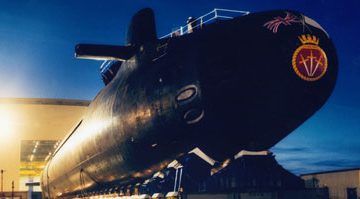 Ocean Odyssey – The H.R.H launch of a nuclear submarine and subsequent party for 7,000 people has been short listed in the ‘Best Event’ category at this years AEO Excellence Awards. The event which was Read more…

Thursday 12th June was this year’s date for the highly prestigious One World Media Awards. Held for the first time at the New Connaught Rooms in London’s Covent Garden, this was Comtec’s 11th consecutive year Read more…

Business Link Northwest has announced the results of its recent tender to procure marketing services for the organisation for the next three years. Under the framework agreement Comtec Presentations has been appointed as one of Read more…